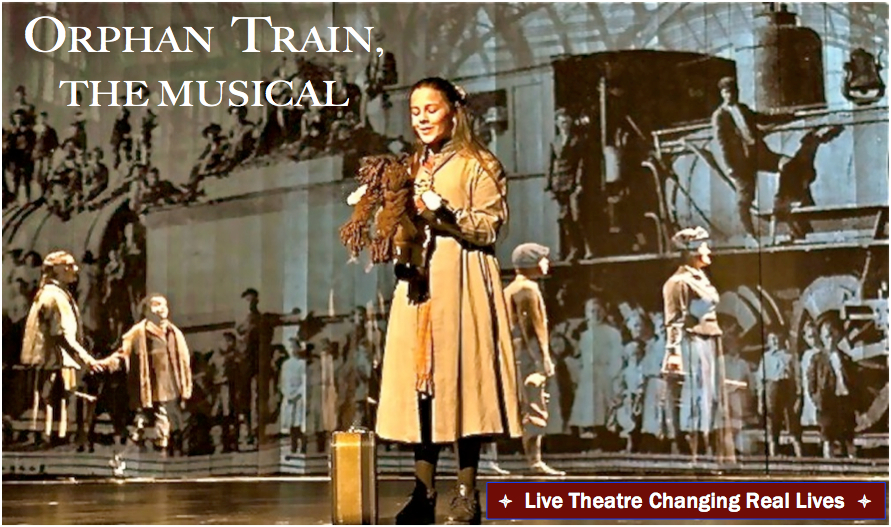 Orphan Train is an epic stage drama rooted in American history — depicting one of our nation’s most powerful movements for social change.

Directed by Emmy-winning choreographer Patricia Birch with book by L.E. McCullough, lyrics by Michael Barry Greer and a vibrant musical score from Emmy-winning composer Doug Katsaros, this 90-minute musical relates the trials and triumphs of America’s first formal venture into “saving Surplus Children” — what we now know as foster care.

Orphan Train is a call to address the problem of our era’s own Surplus Children … the millions of American youth whose childhood is scarred by poverty, homelessness, gangs and addiction.

Orphan Train is the story of one of America’s greatest migrations told by the children who lived it.

It is a play that tells the audience, “These people made a difference in their world. So can you.” 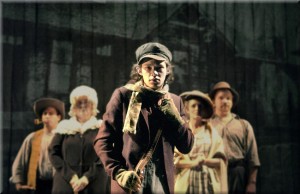 Meet rebellious, headstrong Barney, thirsting for fortune and romance in California and throwing caution to the winds to join a hobo gang…

… the Irish lass Bridget, a brothel refugee grappling with a host of  dark secrets. . .

… snobbish Jenny, forced to learn the true price of family loyalty, and her clumsy little brother Peter, who emerges as a life-saving hero…

… James Henry, whose cynicism masks his hunger for acceptance…

… Emma, the good girl who meets a gruesome end.

They are shepherded West by Miss Harriet Pemberton, a kind-hearted idealist struggling to reconcile do-gooder instincts with the harsh realities of the “saving business” that test even the redoubtable Rev. Brace:

“If there is a good family in the West, that is willing to take in a poor child from the city, to give them social and Christian instruction, why in God’s name should they not do it!”

Their faith and the Orphan Train mission itself face the ultimate challenge when Barney stands trial for murder — and they must persuade the jury to spare his life.

* All photos by Richard Finkelstein